«Beautiful sound, brillant
tecnique and a strong communication are the qualities of this artist
demostrated a profound expressive maturity». – New York Post.

«Antonio Consales performed
with the class and the security of a true virtuoso and a constant research in
sound and phrasing worthy of a refined interpreter». – Los Angeles Time.

Born in Cosenza, Italy, Antonio Consales began
studying piano at the age of seven and has formed at the Conservatory of Music «S.Giacomantonio» in the class of Prof. Antonella Barbarossa, graduating with honors and
honorary mention.

Decisive for his training has proved his meeting with
the prestigious piano school of Annamaria Pennella (pupil of the great A.
Benedetti Michelangeli) with which it was perfected in Naples, as well as
international courses required by the same in Italy and abroad; fundamental
also, meetings with famous musicians such as: C. Zecchi, R. Caporali, J. Demus, A. Neri, B. L. Gelber, P. Badura-Skoda,
B.Canino and others.

By demonstrating a strong artistic personality already
at an early age (at the age of eleven years has given his first concert),
Antonio Consales has embarked on a brilliant career marked by many successes
and awards.

Invited to important bodies and musical institutions
in Italy and abroad, as well as prestigious international festivals, has to his
credit an intense concert soloist (recitals and concerts with orchestra) and in
various chamber, cooperating with famous artists like the flautists Maxence
Larrieu, Angelo Persichilli, Viviana Guzman and others.

Often makes tapes for the RAI – Radio and Television, was
guest on television RAI and MEDIASET: Telethon – RAI, Euro Film Festival – RAI,
Made in Italy – RAI, Sunday
in the village – Mediaset, The Direct in Italy
– RAI from Palazzo Barberini in Rome.

The artist’s repertoire consists of J. S. Bach, in
addition to the classical piano composers, most of the works of late
Romanticism with particular attention to the Russian school: Scriabin,
Rachmaninoff, Balakirev, Mussorgskij, etc..

He founded the Academy «Franco Ferrara»
Altomonte in which it is taught Course International High Further Musicale with
famous musicians such as M. Abbado, A. Pennella, P.Badura-Skoda, M. Larrieu ,
B. Canino, A. Persichilli and many others .. (Academy boasts, among its
students, the prize winners of the very important inaternational piano
competitions including: the «Van
Cliburn», Cleveland, «M. Long» of Paris, «A. Speranza» of Taranto
and others).
From 1997 to 2001 he served as Artistic Director of the «Mediterranean Festival dei Due Mari». Currently he’s Artistic Director of the «Altomonte Music Festival».

In 1999 held a tour in the USA (California and Hawaii)
where he has been highly successful in the public and critics, was invited by
Minnesota University to hold a International Seminar and a series of concerts
at the World Conference «Music
and the Heart: An Integral Chord»
with Prof. U. Tesler.

On the occasion of the New Year 2000 – «Concert for the third millennium» performed as a soloist with the «Philharmonia Mediterranean Orchestra», concert taken and sent all over the world from
RAI INTERNATIONAL.

In April 2002 he held a series of concerts in Germany at the
invitation of the Italian Cultural Institute, as recorded by the German State
Radio.

Always been convinced that the music serves, first and
foremost a social function, Antonio Consales devotes regular events (concerts,
seminars, conferences etc. ..) in support of charities and social projects
worldwide, including the main Telethon (Italian campaign against muscular
dystrophy and genetic diseases), the «Polio Plus Fund» of
Rotary International (International Fund of the Rotary to eradicate polio), the
ASIT (Association of South Italy transplanted) and many others.

In October 2010, his last Tour in USA: Oregon, California and Ohio, where he
met with considerable public success and critical: Antonio Consales held a
series of concerts and Master Classes-Workshops at: the Bosendorfer Recital
Hall Portland (Oregon), the Bach Festival Hall in San Francisco (California),
the Stenway – Graves Recital Hall and the Mees Auditorium at Capital University
in Columbus (Ohio), the Performing Arts Center in Pickerington (Ohio).

Already
Piano Teacher at the Conservatories «F. Cilea» in Reggio Calabria, «S. Giacomantonio» in Cosenza, «E. R. Duni» in Matera, Antonio
Consales currently is Professor of Piano at the Conservatory «F. Torrefranca» in Vibo Valentia, Italy,
and he regularly holds piano masterclasses in Italy and abroad. 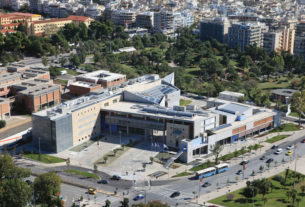 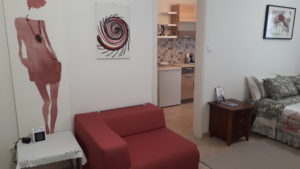